A substantial value of the historic and cultural heritage, a lively old town, a good variety of selling points, restaurants and accommodation facilities. That’s what makes the little village of Valeggio sul Mincio holder of the Orange Flag, valid for the triennium 2021-2023. It is an important recognition given by the Italian Touring Club to the small municipalities of the Italian hinterland, which distinguish for some peculiar characteristics. For such an important country, I decided to be your guide, showing you the three things to see in Valeggio sul Mincio, the ones that you absolutely cannot miss.

Before revealing them, it is interesting to know two very important points that you should make a note of if you decide to go through this place to visit near Lake Garda.

First of all, the Cycle Path of the River Mincio. It’s a 40 km path, which starts in Peschiera del Garda and arrives in Mantova. Valeggio with its hamlet Borghetto is a fundamental stop. The way coasts the river Mincio, where you can admire lacustrine views, the countryside and enjoy finally the atmosphere of a city of art.

The Cycle path is particularly appreciated both from expert and amateur cyclists since it develops on flat, paved and well-signalised cycle paths. Inaugurated in 2006, it is completely isolated from the automotive traffic and surrounded by greenery. Passing through the natural park of Mincio, you could observe a big naturalistic variety through different species of animals, such as hawks, herons and storks.

Second of all, regards the culinary tradition of Valeggio sul Mincio, the tortellini represent the dish that absolutely cannot miss in all the occasions. The origins date back to a love legend. Indeed, the story goes that two lovers left on the shores of River Mincio a tied cloth of silk as a sign of their union. That’s why the tortellino of Valeggio is also known as “Love Knot”. If you are in Valeggio, to whet your appetite with this traditional dish is an unforgettable experience.

The distinctive sign of the city couldn’t be but the first in this list of the three things to see in Valeggio. Strong and imposing, the Scaliger Castle rises above the summit of the hill. The place, where it was built, is not entirely random. As a matter of fact, it represented in the past an important strategic point. Because of the earthquake of the XII century only the Round Tower remained intact. It is thanks to the family of the Scaliger, if the castle has been expanded, rebuilt and is today accessible in all its beauty.

A curious legend wraps the Round Tower. It is said that inside, the sword of a killed cavalier had been walled up and he comes back regularly to search for it. Unfortunately, his research never concludes, and the ghost of the cavalier continues in its activity hoping that he will recover its honour.

The Castle was the scene of the Black Plague in 1300 and witness of the alternation of the different families. During the Venetian domination, the following transfer to privates and the two wars, it lived a period of progressive decline. Through an important project of the previous century, it was revitalized, and its wall structure has been strengthened.

The restored part can be reached from a narrow street, walking among the greenery of the hill and admiring the elegant villa in liberty style. From the Rocca square you can then contemplate a wonderful landscape of the Mincio Valley which joints with the beginning of the venetian plain.

Currently it hosts events, shows and open-air cinema during the summer period.

Read on to find out what other beauties you can find in Valeggio sul Mincio, one of the places to visit near Lake Garda.

Let you enchant in the atmosphere of the Sigurtà Garden Park and surrender by the perfumes of its flowers: your visit will be memorable.

It was rewarded with the World Tulip Award in 2019 and as Best World Attraction in 2020 from an online worldly booking platform. It is so unavoidable to insert the Sigurtà Garden Park between the three things to see in Valeggio sul Mincio.

But who should the Sigurtà Park thank for its existence? If nowadays its extension exceeds the 2500 square meters, at the beginning of the XV century it was a simple land. It was designated to the plantation of lands with forages. Inside it, at the behest of the noble Contarini, just a small garden where the nobles met in their idleness moments, existed.

An important change in its aspect was accomplished by the Maffei family. They, as particular admirer of Ippolito Pindemonte, decided to organize the garden according to the style of the English garden. As a matter of fact, the poet recognized here the atmosphere of the typical English gardens. A perfect union of natural and artificial elements and a nature, at times savage.

Are these historical insights not enough? Read on to find out why this garden is one of the places to visit near Lake Garda.

After having hosted the emperors Francesco Giuseppe I d’Austria and Napoleone III di Francia, the estate became finally, in 1941, property of the family Sigurtà. The passion of every single member of the family has led today to the biggest blooming, in every way, of the park.

Each visitor remains enraptured discovering the different attractions this garden offers. Not only is it characterized by almost 30 kinds of blooming among tulips, roses, water lilies, peonies, but also different points of interest. For example, the romantic scenery of the Roses Boulevard, the Dog Cemetery, the Hermitage and the big Labyrinth where you can get lost.

By foot, by train, with the bicycle or with the golf-cart. You can decide the way you prefer to enjoy in absolutely tranquillity the beauties offered by the Park. If during the visit you will feel the need to stay there some hours more, there are 5 dining options ready to welcome you.

Borghetto is surely the most popular hamlet of Valeggio and is often immortalized in wonderful postcard photos. Not surprisingly has this little village been named as one of the most beautiful of Italy. Visiting it, you could immerse yourself in the medieval epoch thanks to the bell tower of Saint Marco Church, the watermills and the fortresses. These last ones are part of the Visconteo Bridge.

It is curious to underline the origin of the toponym “Borghetto”. It means “fortified settlement” and dates back to the Langobardic period. Specifically, the village represents the first local settlement with a historic relevance.

The entire centre is crossed by the river Mincio, the fundamental means which allowed the development of the farming in this small village. From here the necessity to build watermills derives. They still work today, and they gift suggestive glimpses.

Walking among the streets of the old town, you can admire the picturesque houses which stud Borghetto. Moreover, together with the small shops and the restaurants, they reflect on the water. Ideal scenery for a souvenir picture.

Once you get in front of Saint Marco Church, the promenade continues on Saint Marco Bridge. Before crossing it, you will notice at first the statue of Saint Giovanni Nepomuceno. He is the Saint Protector who, according to the tradition, is able to save from drowning people who fall into the river.

Arrived on the opposite side of Mincio, a panorama on some waterfalls and on the majestic Visconteo Bridge will open in front of your eyes. The so-called “Serraglio” which through two crenelated curtains connects with the Scaligero Castle.

The small village is the ideal place both for a short visit and for a stop in one of the many restaurants overlooking the water. Exceptional landscape where you could taste the traditional tortellini of Valeggio in a romantic and full of history atmosphere.

Every year in the town many events occur, which deserve to be listed added to the list of the three things to see in Valeggio. Let’s see them.

The most awaited and felt are for sure the gastronomic events. First and foremost, the Nodo d’Amore Festival. Every year, on the 3rd Tuesday of June an exclusive dinner under the stars is organized, where you can taste the typical tortellini of Valeggio. The true particularity of this festival? The commensals sit all together at a table, which is longer than 1 km and is set on the Bridge, a moment of pure conviviality!

Between the end of August and the beginning of September, in the old town of Valeggio, the food and wine tour “Tortellini e dintorni” occurs. The right occasion to discover the delicacies of the town and of the hinterland of Lake Garda, accompanied by live music, shows and themed expositions.

This country does not reserve only culinary excellence.

Every 4th Sunday of the month, Valeggio prepares to host the antiques market. Not only professional merchants, but also hobbyists who collect, meet up in the splendid frame of the old town of this village.

Valeggio sul Mincio presents also every year the venture “Christmas Gift”. Music and Veronese dances will be the background to your research at the perfect present. In a Christmas atmosphere where you can also savour some good street food.

After reading this article, among the sightseeing and the events, you will surely agree that Valeggio has a lot to offer at any time of the year.

So, you just have to organize your visit to come and enjoy all its beauties!

For more advice on which places to visit on Lake Garda, read the related articles, you are spoiled for choice. 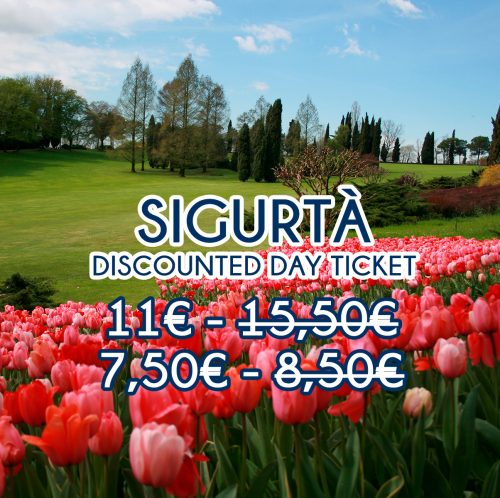