Peschiera del Garda is a fortified town completely surrounded by water. Here the lake become river Mincio, the only outfall of the lake, and continue towards Mantua.

Because of this special feature, one of the most beautiful and characteristic ways to visit the city is definitely with the walls tour of Peschiera del Garda.

An excursion that allows you to cross the canals by boat to discover its hidden corners and many curiosities.

In order to “create” the city, they modified the natural course of the river, dividing it in different canals. In fact, Peschiera is composed to all the effects from two island. The main one is where the city centre develops, and the second one is the seat of the Habsburg military quarter. The iconic bridge with five arches called Ponte dei Voltoni joins the two.

However, since the Bronze Age, before being a fortress, Peschiera was a thriving fishing center. In its canals you could find several fishing stations, including the main one called “Pescarezzo”, which was just in front of the bridge of Voltoni.

If you look carefully at the emblem of the city, you can also understand what the most frequent and abundant catch was: the eel. The museum of fishing and traditions tells about the past of Peschiera.

Peschiera as it looks like today is the sum of centuries of history, dominations that have followed one another in this place leaving their mark.

The fortress of Peschiera del Garda

The famous Italian poet Dante visited Peschiera and described it in a chapter of his great work.

But today you can only imagine the Peschiera that Dante saw upon his arrival.

Before the sixteenth century, during the medieval period, in Peschiera there was a Scaliger Castle, of which now only a few traces remain. Made by the Scala family, it looked like the one still visible in Sirmione or Valeggio. Venetians destroyed it when the city came under the rule of the Serenissima Republic, in order to build a more modern and resistant fortification.

Now, in fact, with the walls tour of Peschiera what you will see is an imposing pentagonal wall with its 5 ramparts. Only two access points: Porta Brescia, also called Country door and Porta Verona.

This fortification was built in the Renaissance period and consolidates the city as an impenetrable strategic place.

What makes Peschiera unique is its fortress, a jewel of Renaissance architecture that in 2017 has become a UNESCO World Heritage Site.

Do you think it’s impossible to sail in a world heritage site, as well as one of the places to visit on Lake Garda?

Here, thanks to the walls tour of Peschiera del Garda you can!

And it’s the best way to admire all the majesty of its fortress.

The Walls Tour of Peschiera

The tour starts from Piazza San Marco, the small square that overlooks the central Canale di Mezzo. A tour of about 30 minutes in open boat will show all passengers Peschiera del Garda from a peculiar point of view.

Only with the tour of the walls of Peschiera del Garda by boat, in fact, you can reach some hidden corners of the Venetian Fortress.

An example? The fishing station recently restored and the last testimony and symbol of its flourishing past.

Not only. The boat will also sail near the Cantarane rampart, where there was the Rocca of Peschiera (castle and Roman tower), reaching the underwater foundations of the Belgioioso Bridge. Near the bridge, after the studies of underwater archaeology carried out by the Ministry of Cultural Heritage, you can see a graphic reconstruction of how it should look.

Even before the arrival of the Scala family, Peschiera had a strategic role for the Romans. Because it’s located on the via Gallica, the road of commerce that connected Milan to Brescia and Verona.  The remains of the Roman tower are the sign that the Romans built a bridge here to allow the passage of goods along the road. They also imposed a point of payment for the transit, the ancestor of the tollgate of Peschiera, which is now a few tens of meters from here.

Above the Roman bases was built the Ponte Belgioioso that was part of the complex of the Scaliger castle and with it was destroyed by the Venetians.

The walls tour of Peschiera del Garda by boat also crosses the center of Peschiera, sailing along the middle canal. Until you reach the Tognon rampart and the Feltrin rampart with Porta Brescia in the center.

The canals that surround and cross Peschiera welcomed once a year a stage of the event “Regata delle bisse”. Important and traditional competition held every summer between the villages overlooking the lake to win the prize “The flag of the lake“.

Not only motorboats cross these waters, but you will also see a gondola sailing through the canals. An original and romantic way to see the city on board the typical Venetian boat.

While the sportier prefer to discover the fortress aboard canoes or sup, rented in the surrounding area, everyone chooses what they prefer!

When and how to visit

Are you curious about how to do this visit on the water in one of the main places to visit on Lake Garda?

The walls tour of Peschiera del Garda is available every day from April to September.

The boat has space for up 15 passengers at a time and has regular departures every half hour from Piazza San Marco.

At the tourism Infopoint of Peschiera del Garda, you can also rent an audio guide that tells you about the history of Peschiera and the main points of interest during the excursion.

This tour is particularly suitable for families with children to experience a different sailing experience, not too long and challenging.

Are you a school or a group?

We suggest combining this walls tour of Peschiera del Garda to the guided tour of the fortress. So, you can have a complete overview of the city and all the historical eras that have marked it in time.

On reservation is available a second boat that allows you to make the tour to a total of 30 people at the same time.

Contact us by e-mail and we will organize together the boat tour at the time and date you prefer, adapting it to your needs.

The tour is also perfect for those who have little time to discover Peschiera and want to see this little jewel with its Venetian fortress.

Now there are no excuses, the walls tour of Peschiera del Garda is suitable for everyone!

Come and visit the UNESCO fortress of Peschiera del Garda: buy your tickets here or write to us! 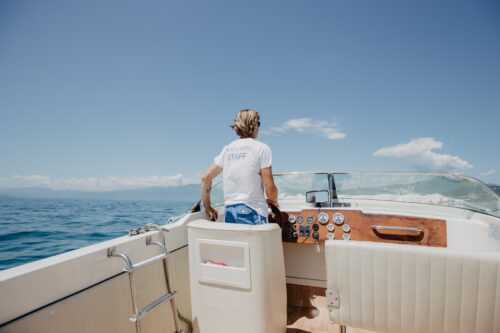 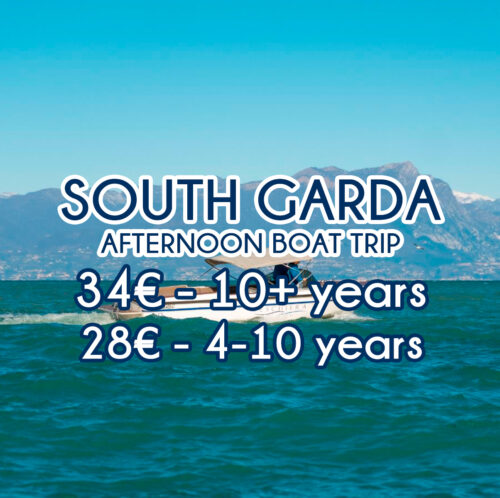 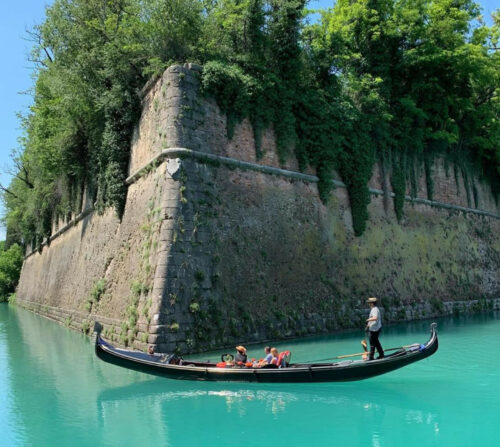