What to do on Lake Garda 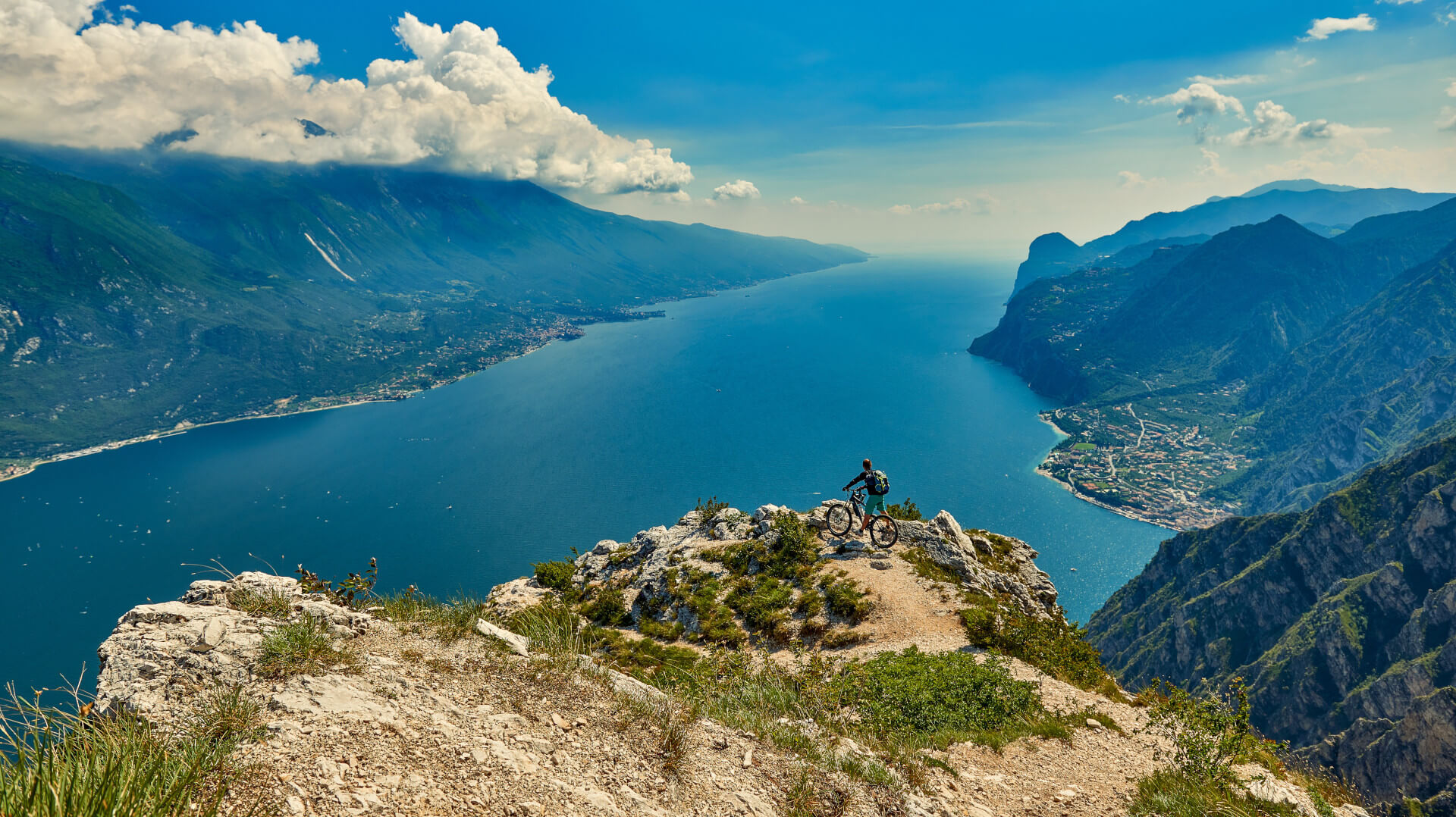 From the shores of the lake to the peaks of Monte Baldo passing through the morainic hills. It is possible to go from the simplest walks to trekking in the middle or high mountains.

The variety of landscapes that the different places to visit on Lake Garda offer also makes it possible to practice many sports in water and on land.

Up in the air: Paragliding; Parasailing; Scenic flight in ultralight aircraft; Helicopter flight

If you are interested in any of these activities or experiences on Lake Garda, do not hesitate to contact us.

We are in direct contact with the suppliers of all these services and we can therefore plan your outdoor experience on Lake Garda. 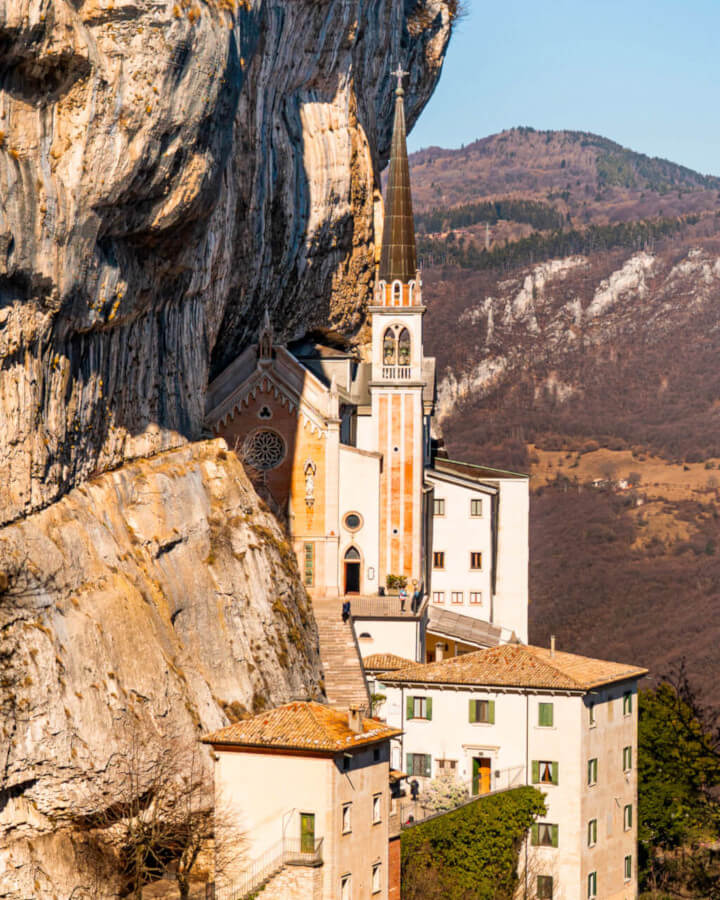 Not only history and sport, the lake has many religious destinations of great interest, often in elevated and panoramic places that can be easily reached on foot. For this reason, we organize religious pilgrimages on Lake Garda.

Opportunities for reflection and meditation but also for the discovery of the surrounding area.

The most spectacular, even if not directly on the lake, is the Sanctuary of the Madonna della Corona, a jewel set in the rock overlooking the valley. You can reach the sanctuary by following the Pilgrim's Path which winds through a long series of steps for about two hours of ascent. An easier and shorter alternative is to park near the village of Spiazzi and reach the sanctuary by shuttle bus or in a few minutes on foot.

The Sanctuary of the Madonna del Frassino is one of the sacred places to visit on Lake Garda, due to its convenient location.

It is located near the homonymous lake and is famous for the appearance of a bronze statuette of the Madonna and Child.

On the Brescia side there are two of the most popular places of worship, located on the rocky mountains overlooking the lake. They are the Sanctuary of Montecastello di Tignale, also known as Madonna della Stella, and the Hermitage of San Valentino, in Gargnano. To reach the latter, the walk requires trekking equipment and adequate physical preparation. 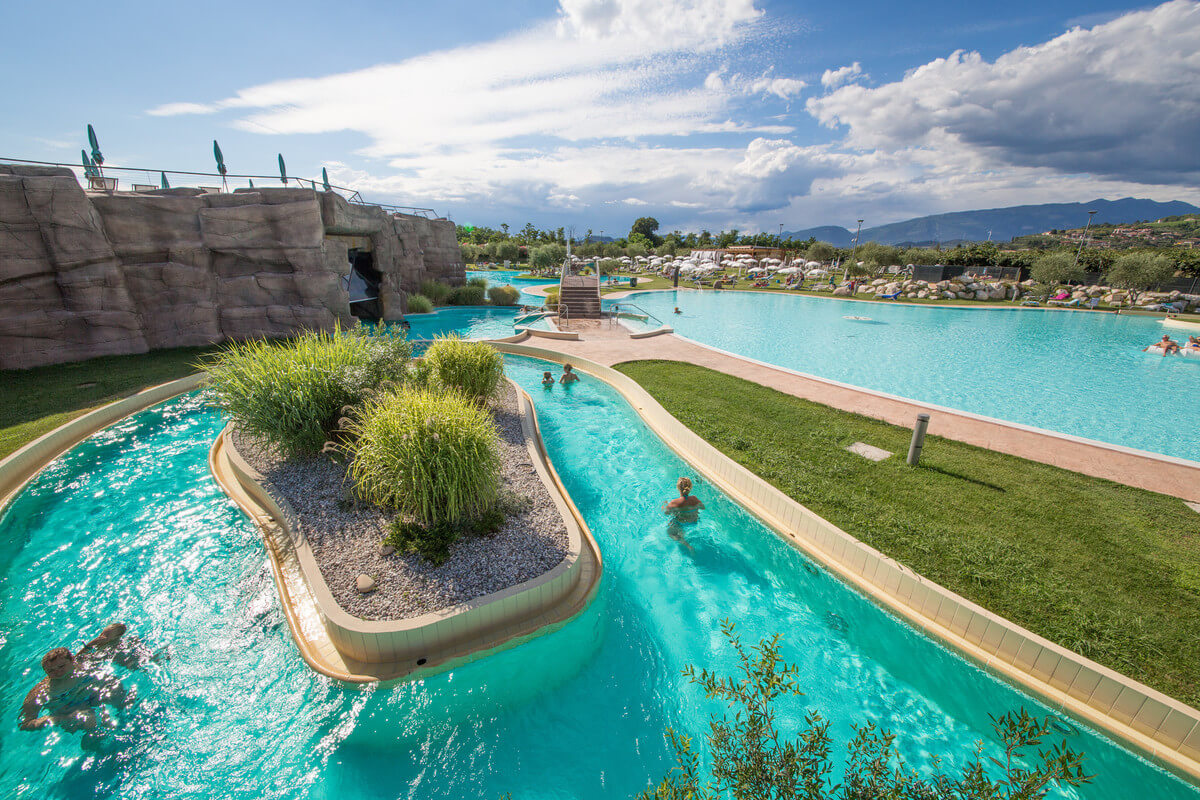 Lake Garda is a highly sought-after destination also for days or moments of relaxation and well-being. In addition to its magnificent beaches, it offers all visitors a wide range of spa facilities for cures and treatments distributed along its banks.

The most important wellness centers are: the Terme di Sirmione, the Parco Termale del Garda in Colà di Lazise and the Caesius Thermal Center in Bardolino. Moreover, you will find Aquardens in Verona, the Terme di Comano in Riva del Garda,the Garda Thermae in Arco and Spa Centers in the best resorts.

In addition to treatments in the thermal pools and lagoons, you can enjoy also caves and thermal water cascades, holistic and aesthetic treatments. Some are dedicated to skinproblems, respiratory system and muscle aches but it is also possible to book massages, mud therapy and many other treatments.

Don't be afraid to ask for a personalized wellness experience on Lake Garda, in fact it is recommended you find something that suites best to your needs.

By entrusting yourself to our team, we will work on a unique and pleasant experience with a view to favorable prices. All aimed at psycho-physical improvement for a total well-being of the person who will experience it.

Wellness days on Lake Garda are adaptable to all ages and to both individuals as groups. More and more often these experiences are chosen for bachelor parties, girls trips, team building and incentives. In fact, they increase the harmony of the group, improve the relationships between colleagues giving a moment of lightheartedness from the daily routine.

Click here
We use cookies on our website to give you the most relevant experience by remembering your preferences and repeat visits. By clicking “Accept All”, you consent to the use of ALL the cookies. However, you may visit "Cookie Settings" to provide a controlled consent.
Cookie SettingsAccept All Reject All
Manage consent